I got the opportunity to live in Costa Rica for a year and a half serving the people there. A short year and a half after being home, I returned to Costa Rica with part of my family and was able to do a lot of the things I wasn’t able to while I was there!

The best time to go to Costa Rica is from mid December to April, because it’s known as their dry season so you get lots of sunshine! I also recommend bringing lots of bug spray because Costa Rica is mostly very tropical and has lots of mosquitos!

We flew into San Jose which is the capital city right in the center of the country. We then got a rental car and drove to the first place we were staying which was called Manuel Antonio. There are tons of places to stay from hostels to hotels. We stayed in a hotel up the hill overlooking the Manuel Antonio National Park. 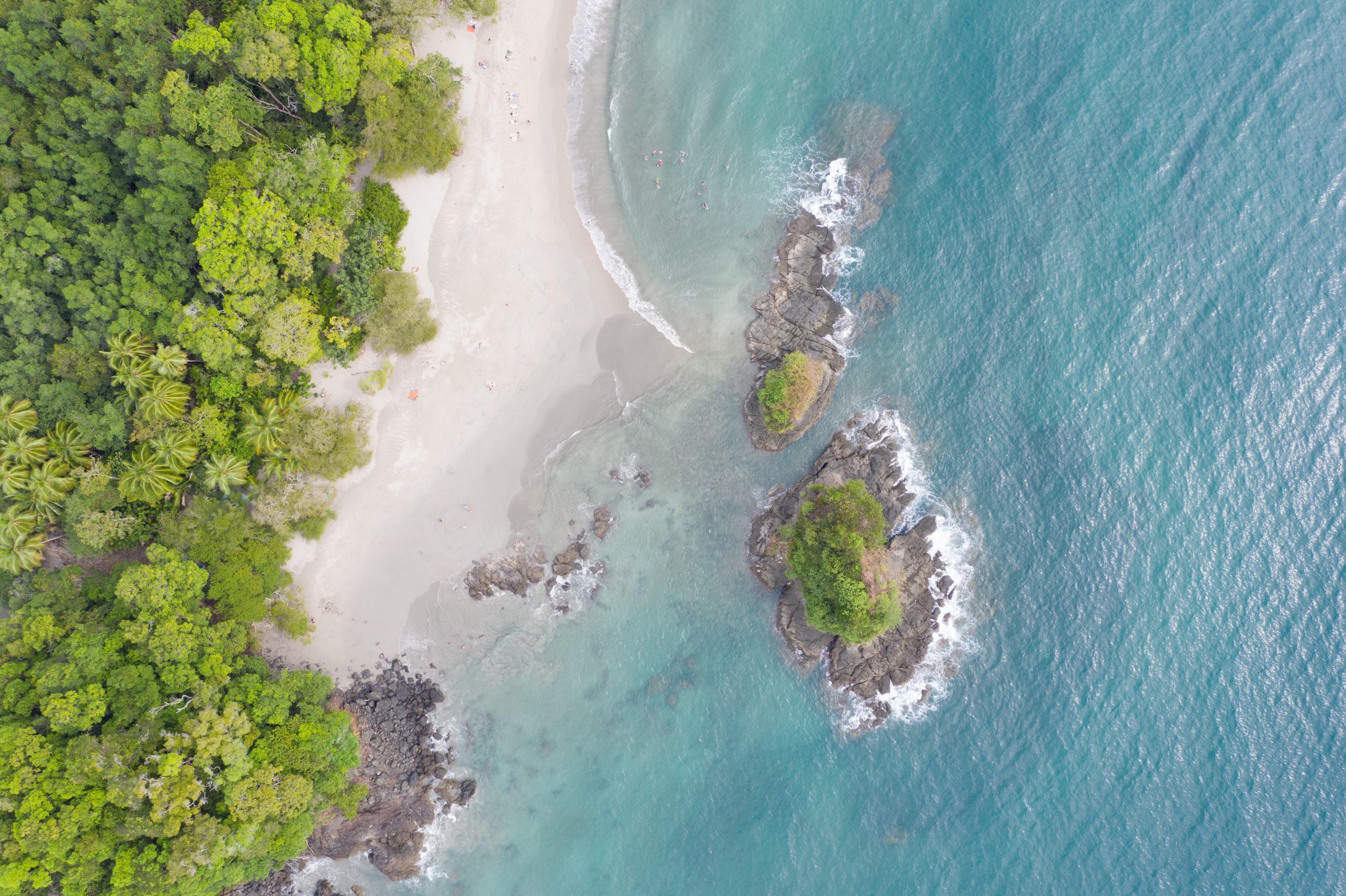 We stayed a couple of days here walking around the park, finding the best places to eat, and enjoying the warmest beach water ever! We were also able to go zip lining, which we booked with the hotel we were staying at. They have a car that comes and picks you up and takes you there. The zip-lining crew was really awesome and fun! We had a great time!

We then traveled to Playa Samara where we stayed in a house right on the beach. We would walk down the beach to the little surf town to get gelato and shop. The beaches there are unique because they have people walking down the beach with horses you can ride! Another day we hired a boat to take us out to the little island in front of our place. They brought fruits for us to snack on while there, and even took us snorkeling around the island a bit showing different sea creatures! They also gave us to the option to go deep-sea fishing with them, but we didn’t because most of us get sea sick.

The wildlife in Costa Rica is incredible. We saw monkeys, sloths, iguanas, raccoons, and sea turtles! We even saw monkeys just hanging out in our hotel pool, and iguanas fighting in our front yard! 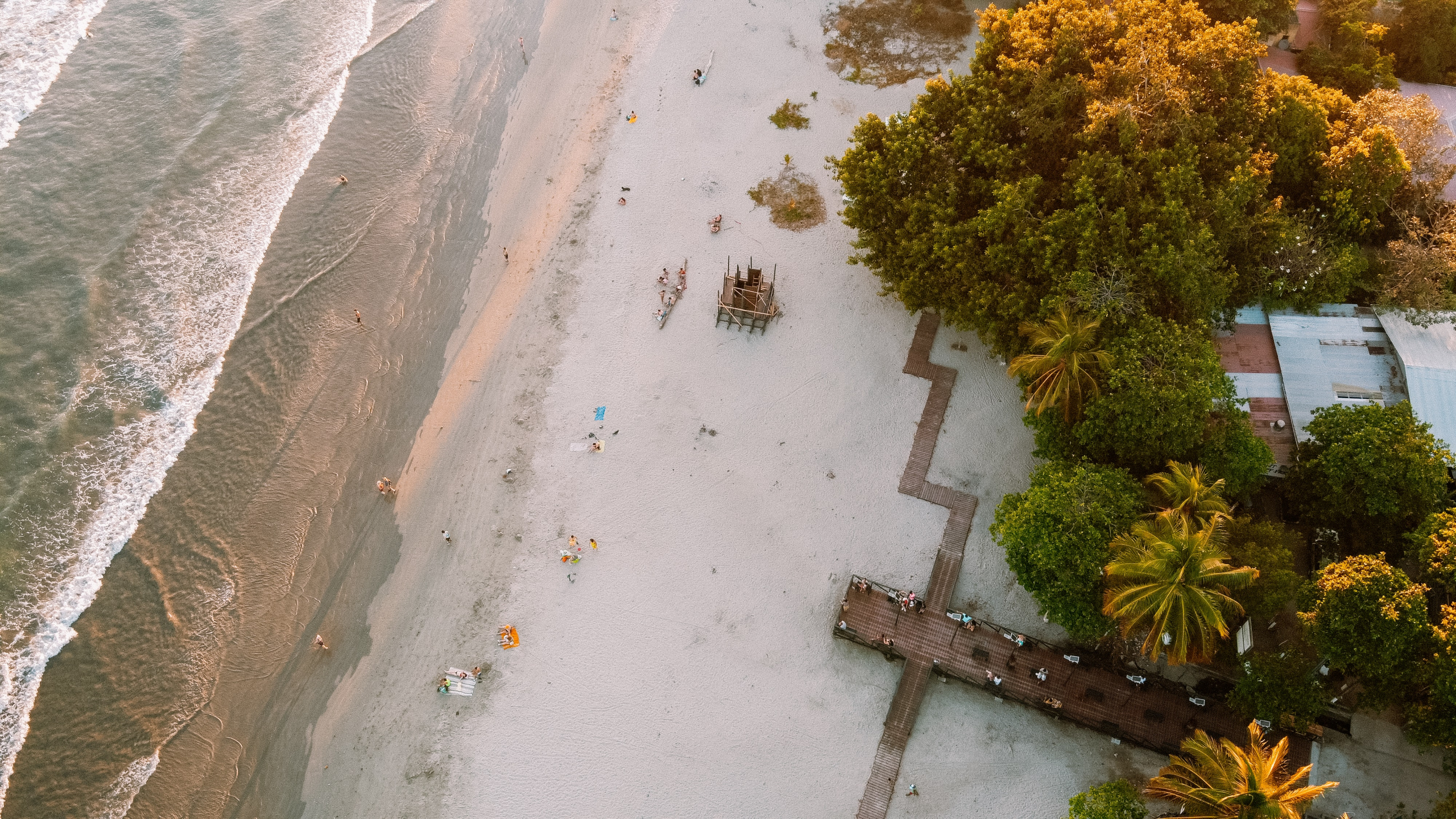 After spending a few days there, we switched to a place up in the mountains at the base of a volcano called La Fortuna. The volcano is Arenal Volcano, with a national park leading up to it. On the way to La Fortuna, we stopped in Cañas and went white water rafting, which I highly recommend. They feed you a meal before you head out and the tour guides are awesome. They take pictures of you going down the really big falls that serve as awesome memories of the experience.

Once we were in La Fortuna, we hiked down to the La Fortuna waterfall and swam a bit down there. Then we went zip lining again, but this time over the huge waterfall that we went swimming in. That zip line had a lot more hiking involved than the one we booked through our first hotel. 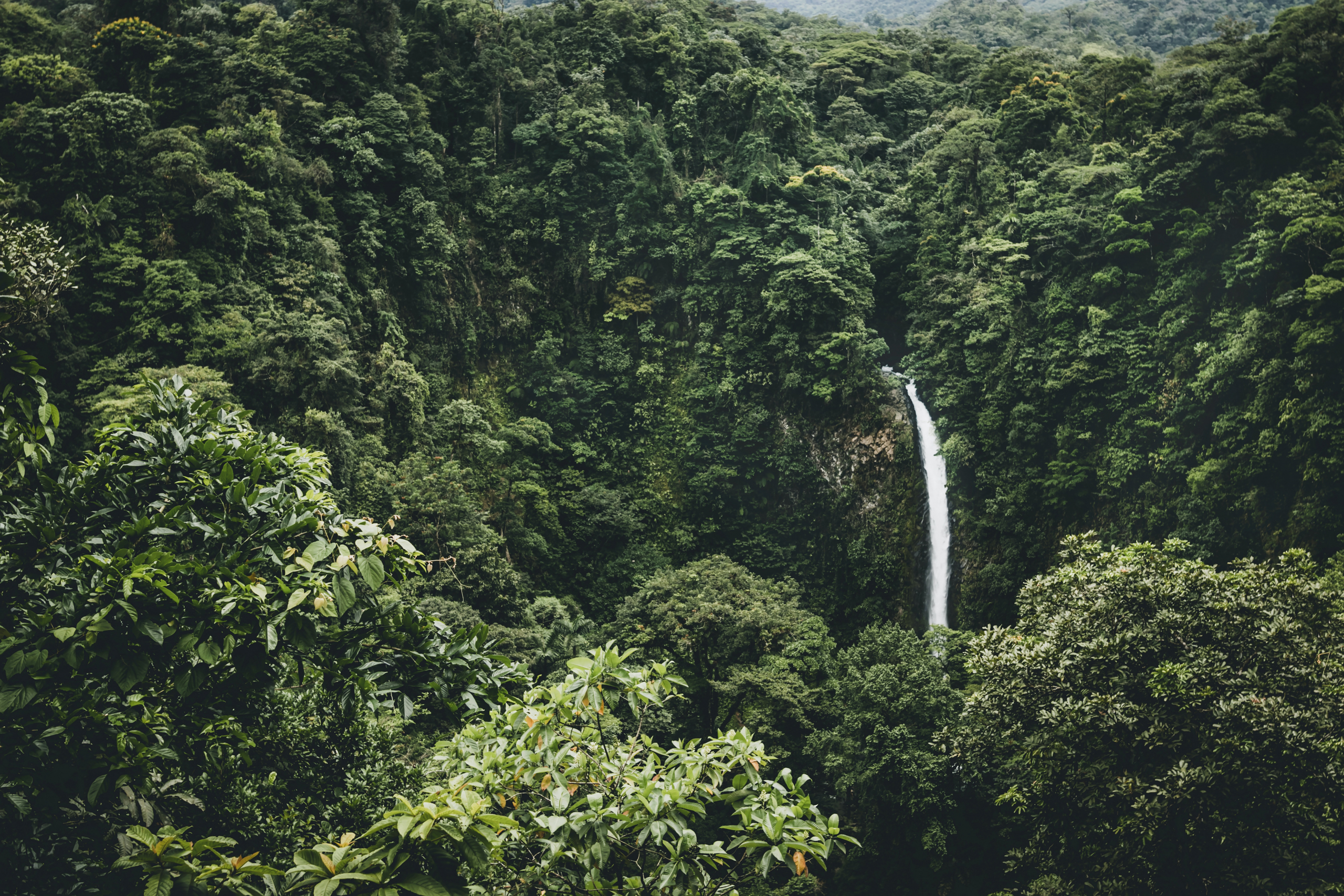 Obviously there is a lot more to do in each of these areas, but those are just some of the things that we did and all were great! You can always just go and have a relaxing trip hanging at the beach and walking around eating the food, and it would still make for an incredible trip. We split our ten-day trip up and mostly relaxed in Playa Samara where we stayed and hung out on the beach. The other areas were a bit more active, which isn’t normally what my family does on vacation, so it was fun to get out of our comfort zones a bit and just have a good time together and enjoy our time as a family.

Get Free Access to Hidden Deals and Save Hundreds